The 1st Mediterranean Taikai in Ninjutsu, one of the biggest events in the history of the Ninjutsu in Cyprus, was held last weekend in Limassol. Organized by the Pegasus Club and the Cyprus Bujinkan it was completed with great success and in the words of many participants was "a catalyst of great things to come".

The Taikai was based on the principles of “not fighting” and "control". The seminar instructor sensei Yushu Shihan Darren Horvath had translated Soke Masaaki Hatsumi's teachings to more than 90 students with concepts such as; good and bad, strong and impossible, fast and slow being overcome by a complete man, since all these opposites are the two sides of the same coin.

“Do not do what you intend to do and learn to move with the Godan's state of mind in all phases of life”, were the words spoken shortly before the Godan test was held. All three students who took the test were able to achieve the 5th Dan, including Giannos Papastylianou a member of the Cyprus Bujinkan.

At the end of the seminar, Sensei Michalis Efstathiou had spoken of the change in everyone and the influence of Sensei Darren Horvath throughout the Taikai. He continued, stating the benefits of training with all the foreign students who had traveled here from countries such as: Australia, Russia, Switzerland, India, the USA, the United Kingdom and France.

Concluding we would like to congratulate the 3 new students who have reached the 5th dan level: Silvio Navarro, Luis Navarro and Giannos Papastylianou. A special thanks to Sensei Darren Horvath and his team, as well as all the participants who were present at the seminar and those who helped put this event together. We also want to thank all the contributors and sponsors of the seminar for their help. Last but not least we want to thank Sensei Michalis Efstathiou and we hope this seminar is the beginning of a new collaboration between the Cyprus Bujinkan Dojo and the Bujinkan worldwide to help shed light and deepen the understanding of this glorious art, the art of Ninjutsu. 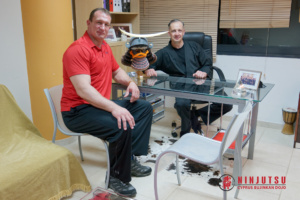 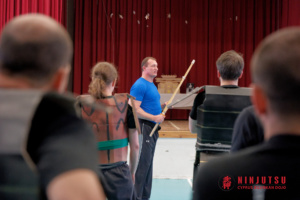 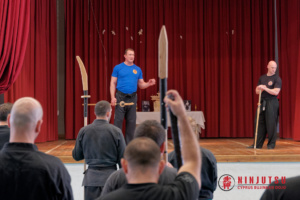 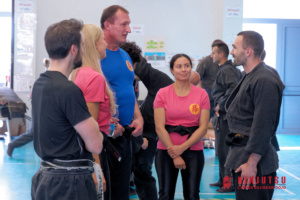 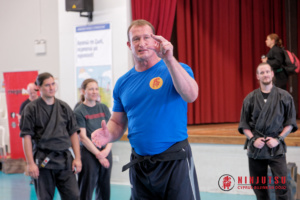 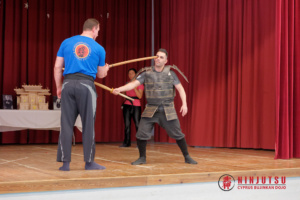 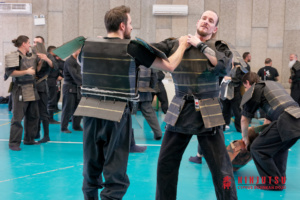 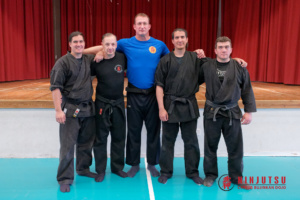 There are no upcoming events.
Language »